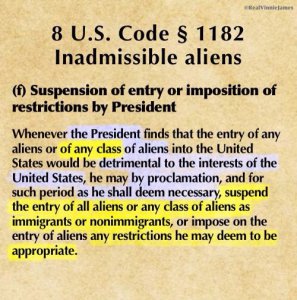 WASHINGTON — A federal judge blocked part of President Trump’s executive order on immigration on Saturday evening, ordering that refugees and others trapped at airports across the United States should not be sent back to their home countries. But the judge stopped short of letting them into the country or issuing a broader ruling on the constitutionality of Mr. Trump’s actions.

Lawyers who sued the government to block the White House order said the decision, which came after an emergency hearing in a New York City courtroom, could affect an estimated 100 to 200 people who were detained upon arrival at American airports in the wake of the order that Mr. Trump signed on Friday afternoon, a week into his presidency.

Judge Ann M. Donnelly of Federal District Court in Brooklyn, who was nominated by former President Barack Obama, ruled just before 9 p.m. that implementing Mr. Trump’s order by sending the travelers home could cause them “irreparable harm.”

Dozens of people waited outside of the courthouse chanting, “Set them free!” as lawyers made their case. When the crowd learned that Judge Donnelly had ruled in favor of the plaintiffs, a rousing cheer went up in the crowd.