A court order is blocking any sales of seven Toronto properties owned by the family members alleged to have been involved in the theft of $11 million in COVID-19 relief funds, the Star has learned. Six condominium units and a seven-bedroom, seven-bathroom home in North York are now subject to a court-ordered “no dealings indicator on the title,” meaning they cannot be sold or the ownership transferred.

As first revealed by the Star, the Ontario government alleges that “some or all of” Sanjay Madan, Shalini Madan, their sons Chinmaya Madan and Ujjawal Madan, and associate Vidhan Singh perpetrated “a massive fraud” to direct pandemic cash to hundreds of bank accounts.

Documents filed with the Ontario Superior Court allege “damages for fraud, theft, conversion, and conspiracy in an amount estimated to be at least $11 million,” which was deposited into accounts at TD and the Bank of Montreal.

That cash was part of the $300 million Support for Families program that paid parents $200 for each child under age 12 and $250 for each child with special needs up to age 21. It was designed to help with in-home learning during the pandemic.

The Madans all worked as Ontario government computer specialists. Seven detectives from Ontario Provincial Police Anti-Rackets Branch are investigating, but no criminal charges have been laid. 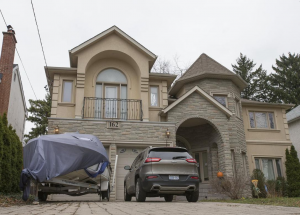 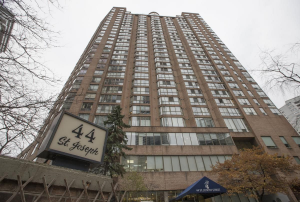 Chinmaya Madan, who now works at Microsoft in Seattle, also bought one of the St. Joseph units in February 2016, paying $580,000 for the 889 square-foot condo.
大儿子没有回来归案，依然躲在西雅图微软公司内

Ujjawal Madan, currently a master’s student at the Georgia Institute of Technology in Atlanta.
二儿子同样畏罪潜逃美国，持学生签证在亚特兰大乔治亚理工大学躲藏

Five of the six condos are just steps from Queen’s Park.

Proceeds from the sale of a four-bedroom, four-bathroom North York home by Sanjay Madan in September, which netted a profit of $1,031,407, are also subject to the court order freezing his assets.

However, a judge has granted him restricted access to $139,000 of that money from the sale of the Deering Cres. property to pay his legal fees. That money is now held in trust by the law firm Du Vernet Stewart.
最后编辑: 2020-11-27