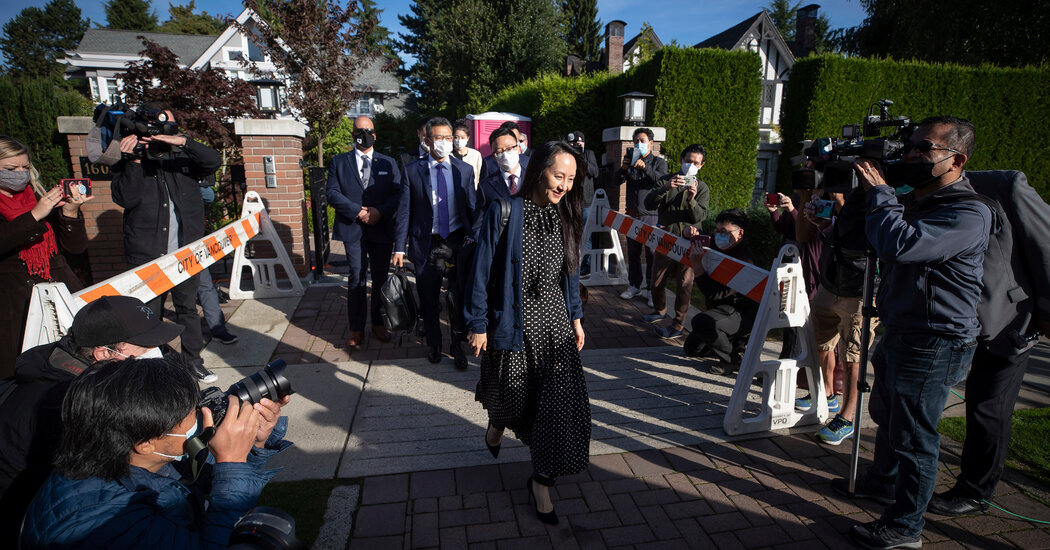 2 Canadians Held by China Are Freed, Hours After Huawei Deal Is Reached

Michael Kovrig and Michael Spavor had been held by China since 2018, soon after Canada detained the Huawei executive Meng Wanzhou. A U.S. agreement has cleared the way for Ms. Meng’s release.

www.nytimes.com
Life is simple, but not easy.

Life is simple, but not easy.

纽约时报的进一步报道：The Justice Department has reached an agreement that will allow Huawei Technologies’ chief financial officer, Meng Wanzhou, to return to China in exchange for admitting some wrongdoing in a sanctions violation case, a person familiar with the deal said on Friday.
Ms. Meng, who appeared by videoconference for Friday’s hearing, pleaded not guilty to the charges against her.

Meng Wanzhou agreed to the deal in a Brooklyn court hearing.

Ms. Meng will return to China in exchange for admitting some wrongdoing in a sanctions violation case as part of an agreement with U.S. prosecutors.

www.nytimes.com
Life is simple, but not easy.

Chinese tech executive Meng Wanzhou has reached a deferred prosecution agreement with the U.S government, resolving the U.S. fraud charges against her and clearing the way for Canada to drop its extradition proceedings.

As part of that arrangement, Meng pleaded not guilty in a U.S. court today to multiple fraud charges.

The Huawei chief financial officer entered the plea during a virtual appearance in a New York courtroom. She was charged with bank fraud, wire fraud and conspiracies to commit bank and wire fraud more than two and a half years ago.

David Kessler, an attorney with the United States Attorney's Office for the Eastern District of New York, told the court the deferred prosecution agreement (DPA) will last four years — from the time of her arrest on Dec. 1. 2018 to Dec 1, 2022.

建议他们先去把加拿大大使馆砸了
略懂IRPA，所言只做参考，不承担任何责任。
The information provided herein should neither be relied on as legal or risk management advice, nor a definitive statement of the applicable law. For such advice the readers should consult with their own legal counsel.
R