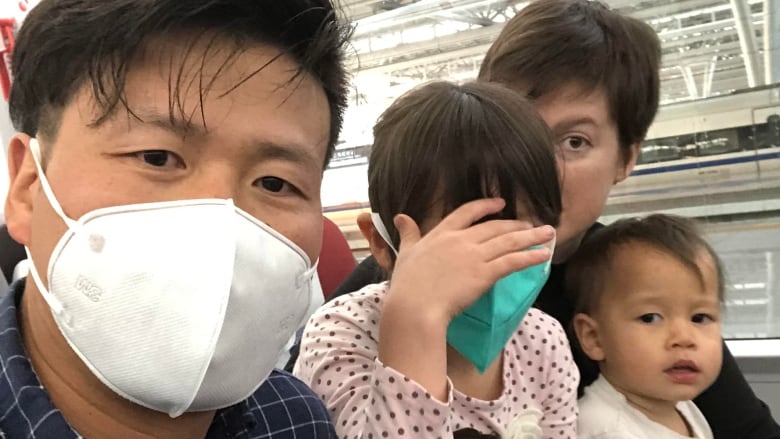 Lie Zhang, left, his wife Megan Millward and two children are trapped in the coronavirus-infected region of China and seeking help from the Canadian government to get home. (Submitted by Megan Millward )

Listen8:37
Megan Millward and Lie Zhang say they have no problem being placed under isolation — but they'd rather do it at home with Canadian medical staff on hand.
The Montreal couple and their two children are among the 250 Canadians in the coronavirus-affected region of China, and they say they've received no help from the Canadian government.
"We are absolutely willing to enter quarantine as soon as we arrive in Canada and undergo any tests," Millward told As It Happens host Carol Off.
Global Affairs Canada would not comment on the family's case, instead pointing to Foreign Affairs Minister François-Philippe Champagne's Tuesday press conference, in which he said the government will provide a "tailored response" based on the needs of the Canadians in the area.
Champagne did not say if the government plans to dispatch aircraft to bring those Canadians home.
The official number of confirmed coronavirus cases in China rose to 4,515 on Tuesday, with at least 106 deaths. Three cases have been reported in Canada.
Several governments — including the United States, France, Belgium, the U.K. and Japan — are planning to evacuate their citizens from Wuhan, the locked-down city at the centre of the outbreak.
Highways blocked
Millward and Zhang travelled to China to spend the Lunar New Year with Zhang's family in the countryside of Hubei province, near Wuhan.
They arrived in Shanghai on Jan 18, went to Wuhan on Jan. 20, then travelled to the countryside two days later, just before the city was put on lockdown on Jan. 23.
Now they're trapped in a small town an hour outside Wuhan, cut off from the world by government roadblocks installed at each highway off-ramp to stop the spread of the virus.
"We're not asking for, you know, an airlift or a chartered plane," Millward said. "All we need is just access to the highway." 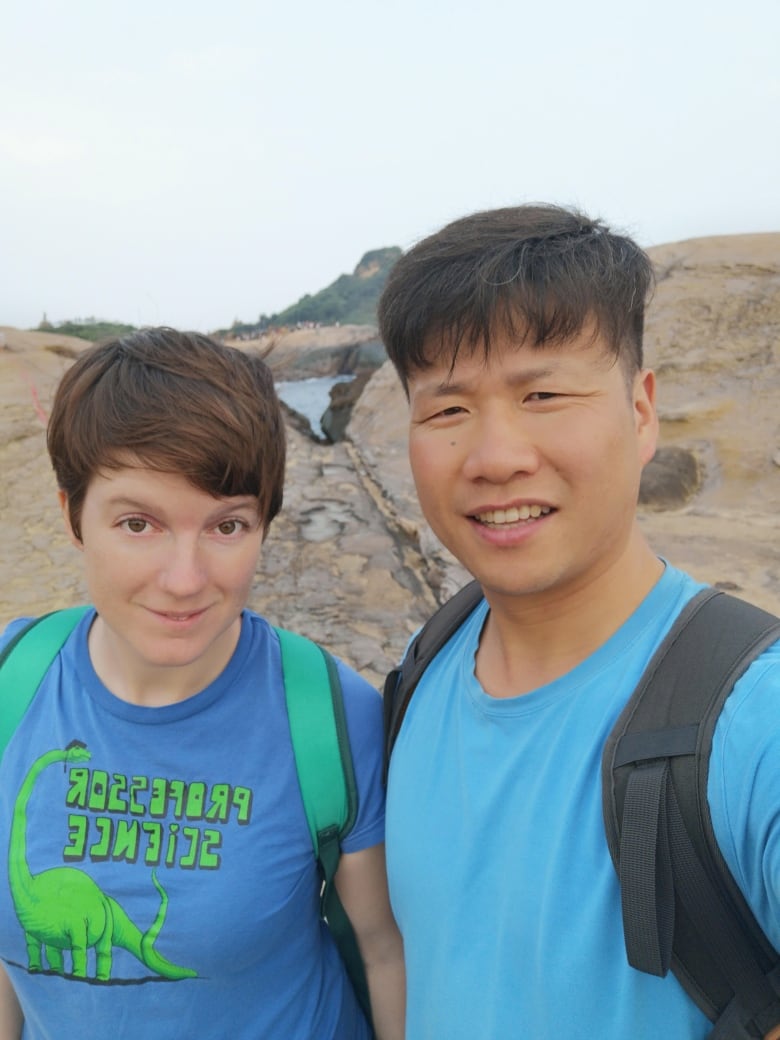 Megan Millward and Lie Zhang of Montreal are trapped in the coronavirus-affected region of China after travelling there to celebrate the Lunar New Year with family. (Submitted by Megan Millward)
The family has flights home booked from Shanghai on the weekend, but no way of getting there to catch them.
Zhang said they've been unable to reach anyone at the Canadian embassy in Beijing or the consulate in Shanghai.
"We called many times. Nobody ever picked up the phone," he said. "I think there's a low chance we can get out without the Canadian government's help right now."
Personnel at the Emergency Watch and Response Centre in Ottawa have simply told them to keep abreast of the news and follow the instructions of local health officials, Millward said.
"As far as we know, there is no end date for the blockades, for the quarantine and lockdown," she said. "So short of walking, I don't see how we could get back."
Millward, Zhang and their children — a six-year-old daughter and a nearly two-year-old son — have not shown any symptoms of the virus, they say.
But they fear becoming infected in Hubei province, where hospitals have become overcrowded while trying to deal with the outbreak.
"Canada has said that it is fully prepared to meet and deal with an outbreak," Millward said. "If we're going to be quarantined, we would really prefer it to be on Canadian soil with sufficient medical staff and support."