Natasha Demkina: The Girl with Normal Eyes
By Andrew A. Skolnick January 28, 2005

ONE hundred and ten years ago, German physicist Wilhelm Roentgen announced his discovery of an invisible form of radiation that could make photographs of bones and organs inside a living human body. At first, many scientists called the discovery of "X-rays" a hoax, but when the skeptics put Roentgen's claims to the test, they quickly were convinced about one of the greatest discoveries in science and medicine. Indeed, just six years after his discovery, Roentgen was awarded the first Nobel Prize in physics.

Now comes a teenage girl from Saransk, Russia, who claims to have X-ray-like vision, which lets her see inside of human bodies, to make diagnoses that often are more accurate than those of doctors. First widely hailed in Russia as "the girl with X-ray eyes," 17-year-old Natasha Demkina has a growing following of patients, doctors, journalists, and others who are convinced her powers are real.

In March 2004, the producer of a Discovery Channel documentary on Natasha asked the Committee for the Scientific Investigation of Claims of the Paranormal (CSICOP) and the affiliated Commission for Scientific Medicine and Mental Health (CSMMH) to scientifically test the young woman's claims. In response, CSICOP research fellows Ray Hyman, Ph.D. and Richard Wiseman, Ph.D., and I designed a preliminary test for judging whether her abilities warranted further, study. After Natasha, her mother, her agent, and the producer agreed to the test rules, we all flew to New York for filming the test on the City College of New York campus.

Dr. Hyman, professor emeritus of psychology at the University of Oregon, in Eugene, and Dr. Wiseman, professor of psychology at the University of Hertfordshire, in the United Kingdom, have extensive experience in testing people who claim paranormal powers. I served more than nine years as an associate editor and investigative reporter for the Journal of the American Medical Association.

Based on our preliminary research, we suspected Natasha may be using a remarkably simple but convincing technique called "cold reading," which is commonly used by psychics, astrologers, and other fortune tellers. It works especially well with people who are eager to believe the reader and therefore inclined to interpret misses as hits. Typically, the psychic offers a smorgasboard of statements while looking for any that are confirmed or get a reaction. In most cases, the client willingly twists what was said to fit his or her experiences -- "a male relative with a name like James or John" is interpreted as meaning "Aunt Jane who passed away last year."

Similarly, Natasha scans her patients from head to toe and describes a long list of abnormalities she says she sees. When she gave me a reading, preciously few organs passed the inspection:. My neck vertebrae were too tight, too close. The bronchial tubes of my lungs had phlegm. The muscle on the left side of my heart is a bit weak and the valve closes late . The mucosa of my stomach is abnormal. A segment of my liver was enlarged and I was suffering poor bile circulation. The head of my pancreas is increased and abnormally dark (although not seriously). My duodenum has a little scar. My prostate gland has a nodule and is inflamed. My right kidney has "sand," while my left kidney's urethra is enlarged. In other words, I should forget about ever again signing an organ donor card.

Neither my physician nor I are aware of any of these problems. Nevertheless, Natasaha and her supporters claim she sees what doctors and their tests often miss. The only way I could prove her wrong would be to submit to an autopsy -- which I'm not quite ready to do.

So we designed a simple test that would eliminate the possibility of using cold reading to fish for correct information and to prevent Natasha from making diagnoses that could not be disproved without an autopsy. We recruited six volunteers, who each had a different medical condition visible on X-rays, plus a "normal" subject who had none of the six target conditions. Natasha was handed six test cards, each with a description of a target medical condition, in English and Russian. We also provided her with anatomical drawings to make sure she understood exactly what to look for and where to look.

Natasha claims she can see abnormalities down to the cellular level and her mother says her readings are 100 percent accurate. So the test -- which required her to match at least five of the target medical conditions to the correct subjects -- should have been a breeze. She didn't have to scan their entire bodies for unknown conditions. She was told exactly what to look for and exactly where to look. Yet, it took her more than fours to complete the test and she only matched four of the conditions correctly -- a score that everyone prior to the test had agreed upon would not justify further testing.

The Discovery Channel program, The Girl with X-ray Eyes, has been broadcast in Europe and Asia, but not yet in the United States. I hope it will be broadcast here as well. As a well-known television doctor in the England should have learned, after being frightened by Natasha's reading into having unnecessary invasive medical testing, getting an unfavorable horoscope from your astrologer is one thing, but getting 'medical readings' from a psychic may prove hazardous to your health."


第一天实验，患者欢欣买单，心理学教授理查 . 怀斯曼 Richard Wiseman大力吐槽
CSI researcher Richard Wiseman said, "When I saw her do her usual readings, I couldn't believe the discrepancy between what I was hearing and how impressed the individuals were... I thought they were going to walk away saying it was embarrassing, but time and again, they said it was amazing. Before each reading, I asked the people what was the main medical problem and Natasha never got one of those right." Wiseman compared the belief of people in Demkina's diagnoses to the belief of people in fortune tellers, and said that people focus only on those portions of Demkina's comments that they believe.
最后编辑: 2021-03-08
买房好帮手 / 免费精神科医疗诊治 / 食补 / 免费无限电话
补助金(GIS）/ 老人金 (OAS) / 退休金 (CPP) / 药物补助计划
吾家小园 / 健身 / 减脂 / 读懂验血报告 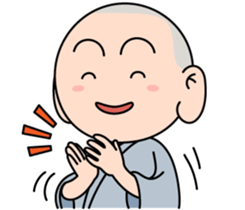 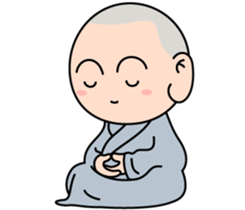 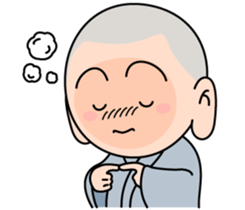 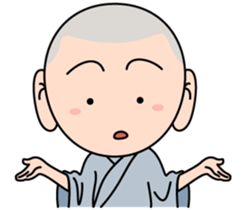